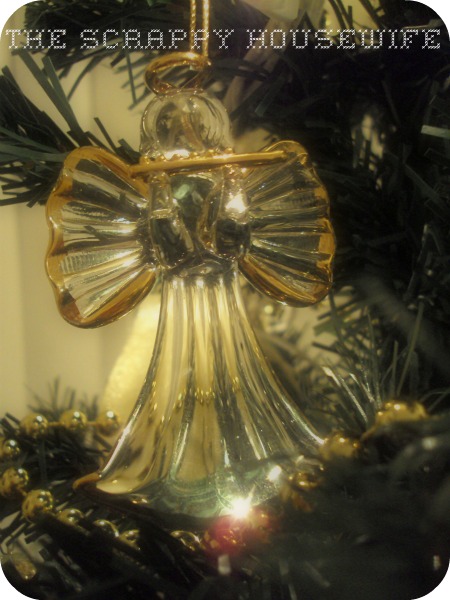 I thought I’d share a Christmas story with you. It’s going to start out a little rough, but in the end, I hope it makes you smile and remember those who might not be at your Christmas table this year. The story is entirely true. I haven’t made any of this up. I know, because it happened to me. Grab a soda, it might be awhile.
When I was 18, I suffered my first big loss. The summer between high school and college was spent watching my mother, care for hers. And then comforting her when Memaw (that’s Southern for Grandmother, y’all) passed away. I was ill-equipped to deal with death and therefore, I didn’t. I won’t go into details, that’s really not the point of the story, but I will share with you that I have been a different person since that time. That loss changed me forever.
It was just before Christmas that same year that mom and I wrapped up plans for our Christmas tree as was our tradition. We bought all of our supplies and we spent and evening chatting and putting on ornaments. A couple of weeks later, I was home alone and walked past the tree as I always did when something different caught my eye. There on the tree was a glass angel ornament that I knew neither I nor mom had placed on the tree. You can see that ornament at the top of this post. Well, sort of, but I’ll get to that in a moment.
I immediately called my mom and inquired about the ornament. She didn’t know what I was talking about. She said she had no idea what ornament I was referring to and that she hadn’t bought or placed any new ornaments on the tree without telling me. She even called my oldest brother who had been by recently to see if he’d left it. He hadn’t. I’ll be honest with you. I didn’t really believe her. I figured she put it there and just didn’t want to admit it – because you see, on my Memaw’s headstone we’d placed an angel and the phrase “Our Angel”. I thought it was just mom trying to keep her mother in our Christmas some way, but I’ll admit to being baffled at how she’d get the ornament on the tree without me knowing (I lived at home and it was vacation so I was always around). It seemed like it had not been there one moment and then was there another. I was perplexed but let it go – until Christmas morning.
After all the gifts had been unwrapped and the living room was a mess, mom asked me to grab stray paper from under the tree and as I crawled under, I noticed a ball of shiny gold wrapping paper. It just looked like discarded paper, but it wasn’t the same color or kind that we’d used that year so I was curious. I picked it up and it was a gift. Addressed to me – but no “from” had been indicated.
We were more than a little surprised.
I opened it gently and inside, buried in foam, was an identical angel ornament to the one that had shown up on our tree only weeks earlier. That’s the one you see at the header of this post. Taking a second look at the handwriting on the tag, I could have sworn that it was my grandmother’s handwriting. And to this day, I still swear I can smell her perfume on the foam. But surely that isn’t possible?
I don’t remember when I remembered the next bit. I know it was either just before or just after Christmas, after one or both of the ornaments made their appearance. I recalled that in high school my 11th grade English teacher had given us an assignment, one of those seemingly cheesy writing assignments for a local newspaper. They were giving out prizes and I’m sure she wanted to boast that one of her students won. 😉 We were all told to write a Christmas story of our own and then as a class we’d submit the best few to the paper for the contest.
At the time, I was a moody 17 year old who liked the drama and so I wrote a story about a family celebrating Christmas and remembering a child lost too soon. (I know now that you should write what you know, but back then I didn’t and my fictional story seemed to tug at heartstrings and I fancied myself a good writer so I went with it.) The family in my story visited their lost family member (as my real life family did at holiday time) to pay their respects on Christmas day only to come home and find something unexpected on their Christmas tree.
When I brought this up to mom at the time she said she vaguely remembered the story, but had forgotten about it. I thought we had a copy socked away somewhere, but neither of us could find it to verify my hunch.
I know I’ve mentioned this before, but my mother saved everything. And I do mean everything. I have, in some ways taken over where she left off. I’m now the family historian and I hold most of the family pictures in my possession. With the last batch I received from my father I found this: 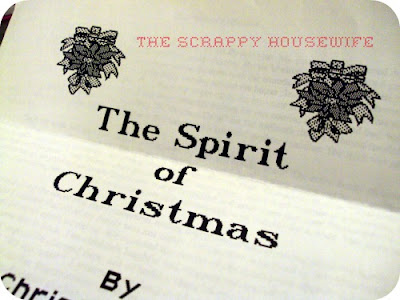 My story. The one she mysteriously couldn’t ever find. The one I couldn’t ever find.
Here’s the last paragraph:
“At one point I remember turning to my mother and asking her if she thought John could see us and feel the holiday spirit like I could. She quietly nodded her head and smiled…
As we entered the house mom turned on the lights on the tree and served up pie. My sister, and my cousins ate theirs hurriedly and ran upstairs to play. Something however made me hesitate as I walked by the tree. I looked at it like I always had, but that time I found something that had never been there before. I called out to my parents and sister to come see what I had found and everyone stood in awe of what was there. Hanging on a middle branch of the three was a small crystal angel ornament that I had never seen before. On it the words were etched “The Spirit of Christmas” and I noticed it was a baby angel. My mother just smiled and said to me; “I think John wanted to answer your question for himself.”
To this day, I don’t know for sure that my mother put that angel on our tree. She probably did, or she had a friend do it for her so she could honestly say she didn’t. It doesn’t matter. I’m happy to have let her have her mystery.
In her own way, she wanted me to know that even though someone is gone, they aren’t really. We keep them with us.
A few years later, I found myself in my mother’s shoes. My own mother was gone. At 28 it seemed cruel to be without my mom. Christmas was terribly hard and hasn’t been the same since. It’s definitely the hardest time for me.
But I have my angel. I keep it right at the top of our tree every year to remember Mom and Memaw and to remind myself that I’m not alone – just as my mom reminded me of that back in 1998 during one of the lowest points in my life.
Thanks for the angel Mom. I love you.

What Your Child’s Teacher Really Wants for Christmas