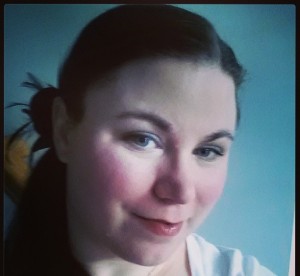 Since my anniversary post last week, I’ve gotten several comments from family, friends and readers about how “brave” I am for sharing my struggles with depression and anxiety and I thought I would take a moment to address that.
I don’t think I’m brave. At all. I get it though. I used to tell my students that being brave had nothing to do with not being afraid and everything to do with being afraid and doing things anyway. I guess you could say I do that…daily…hourly…moment by moment.
But sharing about it? Well, that probably scares me the most. I know that it’s a calculated risk. It could mean that later down the line it could impact my husband, my job prospects, any children that may come along.
So why do it? Why share something so personal? The answer to that is pretty simple.
If I don’t, who will?
Sadly, we still live in a world where people who suffer from mental illness are treated like second class citizens. It’s gotten better, and it’s getting better, but we still have a long way to go.
Why share? It’s not out of any sense of bravery. It’s mostly to reinforce to myself and others that I’m not this brain disorder.
I’m a person with a brain disorder, but it isn’t me. According to my therapist that is one of the first steps to healing. You have to label it and let it go. You have to know that it’s part of you, but it doesn’t define who you are as a person and it is only a small part of you. I have to work hard every day to remember that.
Why share? Because when I was deep in the depths of the darkness of my depression, someone else shared on another blog and I suddenly didn’t feel alone in that hole anymore. And that meant the world. It still does. It was a life preserver when I desperately needed one.
I share in the hope that I can help one person not feel so alone. Because you aren’t. It feels like it, but you aren’t. Start owning that one part of you that helps to make you who you are, even if you hate it. Eventually you’ll be able to put it in a box on a shelf somewhere in a dusty corner of your mind and refuse to pay attention to it anymore. But if you aren’t there yet, know that you aren’t alone.
If anything, you know I’m out there on that walk with you. And I’m not brave. I’m just me.

Why I Believe the Duchess of Sussex – And You Should Too